he late 1970s were difficult times for the Barossa wine grape growing community as the region was hit with a severe grape surplus. Companies refused to buy grapes and honour contracts, and Peter Lehmann knew this would destroy the livelihoods of the 140 family growers.

In a courageous bid to support his community of growers, Peter took out a loan, assembled equipment and built a small winery to process their grapes. The winery was called Masterson of the Barossa, in a nod to the famous gambler, Skye Masterson from the musical, Guys and Dolls.

The wine from the first vintage in 1980 was called ‘The Futures’ in a nod to the commitment Peter made to paying the growers once he had sold the wine. This arrangement was sealed with a handshake and Peter’s word was his bond. True to his promise, when the money started coming in Peter made sure to pay his growers first.

Led by Peter, the Barossa community pulled together during the tough times, not just to make great wine but to preserve the future of the land and the Barossa region. Today these longstanding relationships with the same community of family growers gives the Peter Lehmann winemakers unrivalled access to the very best grapes across the length and breadth of the Barossa. 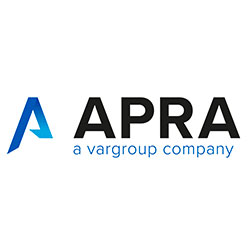